Paul Merson says Arsenal’s position at the top of the Premier League table is not a “fluke”, while Alan Smith believes the squad is “older and wiser” for a title charge.

After title rivals Manchester City and Newcastle dropped points earlier on New Year’s Eve, the Gunners beat Brighton 4-2 at the Amex Stadium to see them seven points clear heading into 2023.

No team in Premier League history has surrendered such a lead after 16 games and has gone on to win the title.

While there are still 22 games to go – and a run of fixtures in the new year that could define their title prospects – Sky Sports pundit Merson does not believe Arsenal’s recent success is a coincidence.

“They went to Old Trafford and got beat, and I didn’t think they deserved to. There are ways of losing matches and they bounced back.

“The other night, they went 1-0 down to West Ham and they came back and brushed them aside.

“They are right in it, no question. This is not a fluke, they are where they are because they are a very good football team. 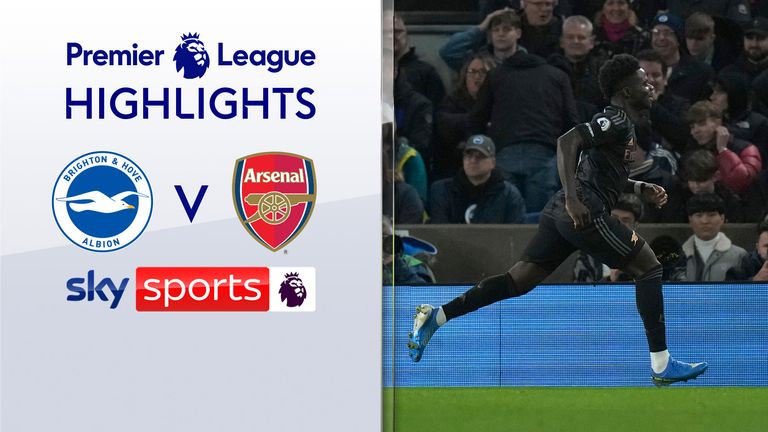 FREE TO WATCH: Highlights from Arsenal’s win against Brighton in the Premier League

“There are 26 games left, they’ve got to do it for another 22 probably. They’ve given themselves a little gap where they can afford to lose a few games. Man City are not going to win every game.

“Arsenal are right in this, I couldn’t talk highly enough about them. But this is the Premier League, it changes so quickly.

“They’re in a great position, there is a long way to go.

“They started so well and that’s the name of the game. They had a little bit of a dip when Arteta changed the team and took the full-backs off, but who goes to Brighton and scores four goals?

“We can always say they let in the two goals but you’ve got to enjoy it. They’re playing great football and at the moment they’re the best team in the country. They’re the number one team.

Merson also believes that only Arsenal and Man City can now realistically win the Premier League title – unless another side creates history.

Saka on Arsenal’s title chances: ‘It is a great opportunity’

“[It] Sounds amazing [being seven points clear]. Of course at the start of the season if you asked us if we wanted this we would bite your hand off. We are really happy.”

On his side’s quick start: “There was big emphasis. We know how hard it is to come here and weather as well it wasn’t easy. That goal nice and early set us up. I couldnt believe it felll for me. I just had to try and show some composure.”

And on Arsenal’s chances in the rest of the season: “It is a great opportunity we have – a great place we have put ourselves in. We are not focussing on that now. We are focussing on the next game because we know how well Newcastle have been playing.”

“When we stopped for the World Cup you thought this could only harm Arsenal. They were flying and they’ve come back and scored seven goals in two games,” Merson added.

“They’ve got a platform, it’s in their hands. I know there’s a long way to go but there are big teams in this league who can’t win it – Chelsea, Liverpool, Tottenham, probably Man United.

“It’s out of Arsenal and Man City unless the other teams go on the most extraordinary run you’ve ever seen in Premier League history.”

Next up for Arsenal is third-place Newcastle on Wednesday, live on Sky Sports, and Merson expects another home win for the Gunners.

“They’re good to watch, it’s not a fluke. You’ve got to look at Man City, they’ve lost at home to Brentford and drawn at home to Everton who are on a bad run. They’re two games they’re expected to win. That’s five points dropped. I don’t see anyone stopping Arsenal at the moment.”

Smith: Squad is older and wiser

After Arsenal’s season tailed off towards the end of the last campaign, Sky Sports’ Smith believes the Gunners have more experience to handle the pressures of a title challenge this time around.

He said: “I think they do [Arsenal fans believe Arsenal can win the title], there’s no doubt about that. It doesn’t take much for fans to get excited and optimistic. When you’re seven points clear, you do think ‘maybe this is our year’.

“I don’t think any of us thought this was going to be possible at the start. It’s such an unusual situation, but everyone still really thinks Manchester City are going to win it.

Odegaard: We focus on ourselves

Arsenal captain Martin Odegaard speaking to Sky Sports on whether Manchester City’s failure to beat Everton earlier in the day affected his team:

“To be honest, we focus on ourselves. We don’t care about the other teams. Three points was everything today and we did it. Maybe we need to control the game a bit better, we let them in a couple of times, but they are a good team, good on the ball.”

“But that might play to Arsenal’s advantage. That run of fixtures running up to the Man City game on February 15, if they can still maintain a gap and if they can beat City, then you really do start to believe.

“The wheels came off at the end of last season – the Spurs game and the Newcastle game away where they didn’t turn up, they ran our of gas, their squad was stretched to the limit.

“Their squad is better this season in terms of strength in depth and they’re more mature. They’re still the youngest side in the Premier League with their average starting XI, but there’s that experience. You would hope they’ve learnt from last season. They’re a year older and hopefully a year wiser.” 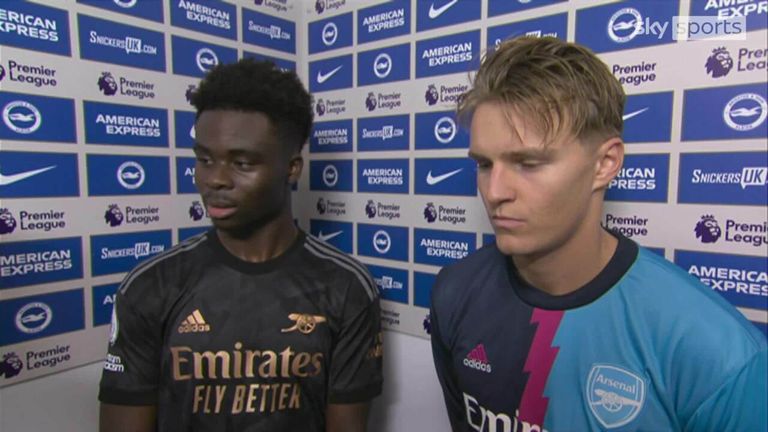 Of course, two of Arsenal’s summer signings – Gabriel Jesus and Oleksandr Zinchenko – have won Premier League titles at Man City, and Smith believes the duo are having an impact.

He added: “A lot of it is probably things that go on behind the scenes, on the training ground Monday to Friday, in the dressing room before matches and after matches – that experience of winning things, how to handle certain situations.

“They’re both young lads, Jesus and Zinchenko, but they’ve seen it all under Pep at City and it’s been remarked upon a lot and I’m sure that was a big reason why Arteta bought those two players in, apart from their ability.

“When you’re in these positions, it’s setting the standard going forward so they will play a big part.”

Arteta: We were ruthless and clinical 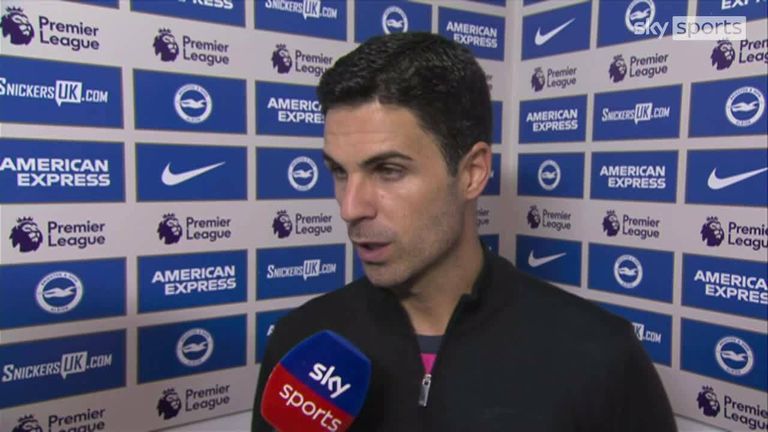 Arsenal manager Mikel Arteta hailed the victory on the south coast with four different players on the scoresheet, crediting his side for taking their chances.

“Big win against a really good side,” he told Sky Sports. “We had big moments, we were ruthless, really clinical. We had some great moments and then as well there were moments where we had to dig in and suffer because they put you in trouble and are a really good side.

“If you expect to come here against Brighton and play them off the park, and don’t concede anything, it’s extremely difficult. It was a big test for us to win again, three in a row. It’s a big win and now onto the next one. “We started really fast, after the first one, I think we have two or three big chances to put the game in a much comfortable position but it was never finished. You had the feeling they were going to give everything they could and commit a lot of players forward, and test the last line. They did and we had to manage some difficult situations.”

With some big games to come in the next few weeks, Arteta remained calm and said despite knowing the 3pm results before kick-off, Arsenal remain focused on themselves.

He added: “We have to focus again, review the match. There are a lot of things we have done really well and a lot of things still to improve and take those ones into the next match. We must take the same energy and momentum.

“You look at every result, obviously you know what happened but we have to focus on what we can do which was to perform against a really difficult side and win.”