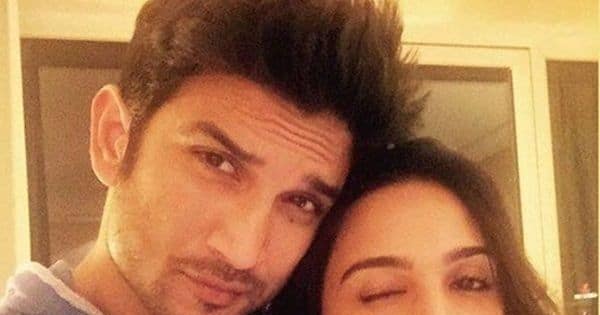 Kiara Advani became a sensation when she played Sakshi Dhoni in MS Dhoni biopic starring Sushant Singh Rajput. Her chemistry with Sushant was loved by all. The actress has revealed that she was enamoured by Sushant and got to know about him in detail while they were shooting for the film in Aurangabad. This was the time when Kiara had told Sushant that someone should make a biopic on him after listening to his life journey. Also Read – Trending Entertainment News Today: Kangana Ranaut REACTS to Mahesh Babu’s ‘Bollywood can’t afford me’ remark; Katrina Kaif’s pregnancy rumours and more

“We started the shoot in Aurangabad, and we must have packed up at 8 pm. We had a 4 am flight. And we decided, let’s call it an all-nighter. That is when I got to spend time with Sushant, and we got chatting. It is so interesting because he shared about his journey, how Dhoni happened for him, and generally his life story, from being a backup dancer behind Preity Zinta, how he was an engineer, and he always had those massive books he was always reading,” Kiara said during her appearance in The Ranveer Show podcast. Also Read – Ankita Lokhande gets brutally slammed for posing with hubby Vicky Jain; netizens drop nasty comments

After talking to Sushant, Kiara remembered telling him, “Someone should someday make a biopic on you because it is so interesting.” She added that Sushant was passionate about his craft. “Sushant had a booklet that had questions he had asked Dhoni and their answers too. He had done so much research about Dhoni’s personal and professional life,” she revealed. Also Read – After praising Kangana Ranaut, Kiara Advani defends Karan Johar on the NEPOTISM debate that was started by the Dhaakad actress

Not just that, but Kiara found it really fascinating that Sushant used to sleep only for two hours and still come up on the sets energised. She added that the actor believed that the human body only needs two hours of sleep.

Sushant was lauded for his performance in MS Dhoni: The Untold Story. He was nominated for a Filmfare Award and won the Screen Award for Best Actor for the film. He died by suicide in June 2020 at the age of 34.