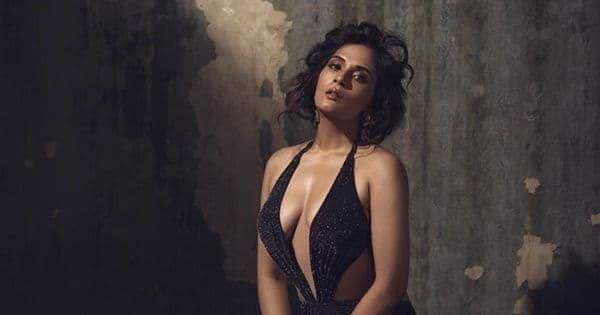 Richa Chadha has just slammed a top Bollywood hero and his movie. In a recent interview with Indian Express, Richa said that a film was released that she’s sure will come on OTT soon, a film whose leads had their noses up in the air, but when the collection of first day came, it was less than one-third of what the hero charges. Taking a dig at the hero, his salary and his latest release’s box office opening, Richa Chadha added that if this happens, how will does the math work, emphasising that those are the real questions one has to ask and work from there while stressing that the bigger stakeholders in the business should take the onus if cinema has to survive. Also Read – Rubina Dilaik oozes oomph in sizzling green bikini; fans say, ‘Koi itna hot kaise ho sakta hai’ [VIEW PICS]

Commenting on how well South films have been doing in the recent past as opposed to Bollywood movies, Richa Chadha continued they (the South) have got their math right in terms of numbers and ticket prices, which is why a Master opens to such numbers because a very dedicated fan club of a south megastar ventures out and watches the film – unlike the Hindi film industry and its greedy film distributors, the South keeps ticket rates capped at ₹100-400 even if the movie is a big hit. Also Read – Khatron Ke Khiladi 12: Nishant Bhat confirms participation; Imlie actor Gashmeer Mahajani in talks for Rohit Shetty’s show

Drawing comparisons, the actress pointed that here (in Bollywood), due to a ticket priced above ₹400, footfalls decrease, cinema suffers, the audience choose some other form of entertainment, and it all has to do with the distribution module here. Moreover, she also felt that nothing will change here unless that change is forced. That being said, it’s worth noting from our end that all those recent blockbuster South biggies like RRR, KGF 2 and Pushpa collected such big numbers mainly due to the major boost received in the Hindi markets, where the ticket rate were as high as ₹1000-1500 for the first 2 weeks. Also Read – The Archies: Shah Rukh Khan fans and social media go gaga over Suhana Khan; say, ‘Coming for the throne, Beware Alia Bhatt’ [Read Tweets]