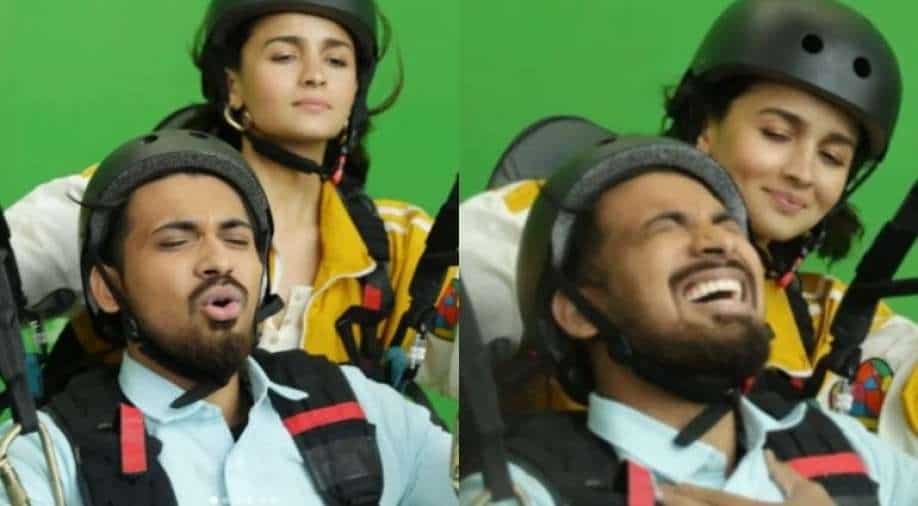 Did you remember the viral guy Vipin Sahu, whose paragliding video went viral in 2019 – is again all over the internet for his new advertisement but this time, the ad also features Bollywood actress Alia Bhatt, Yes!

In the new video, Vipin is doing paragliding and shows Alia as his instructor, as we all are aware of his fear of height, he hilariously started shouting in the same way he did in the original viral video.

He says some of the viral lines in Hindi like – ‘Take Rs 500 extra but let me land’ and keeps repeating it. Following that, Alia gives him a bar of the chocolate park to keep him light and his mouth shut.

Vipin shared the video on his Instagram account, and wrote, ”A meme Can’t achieve the heights? Who said A meme have just a life of 1 -2 months ? Breaking all the bakwas stereotypes and shooting with @aliaabhatt Thnku @cadburyperkindia for This wonderful opportunity And i almost lived a dream life with shooting you @aliaabhatt,”

He also shared his shooting experience with Alia, ”I get nervous in first shot coz I even can’t imagine that one day we both will sit together and have chit chat. I don’t remember @aliaabhatt hairdresser’s name but I can’t thank enough him also, he was such a sweet bodybuilder guy.”

He went viral in 2019 over his fear and his reactions during paragliding and lines like ‘land kara de (make me land) that gave millions of people hard laughs took the internet by storm instently.

Vipin also shared a set of pictures from the shoot and asked his followers for a nice caption. Some netizens praised while others gave hilarious reactions, One user wrote, “Looks like you landed at a good place.” Another said, ”Caption – When you have a panic attack and your gf is laughing to see your acting”.

One said Alia is “perfect replacement of Jagga Bhai,” the instructor in the original viral video.