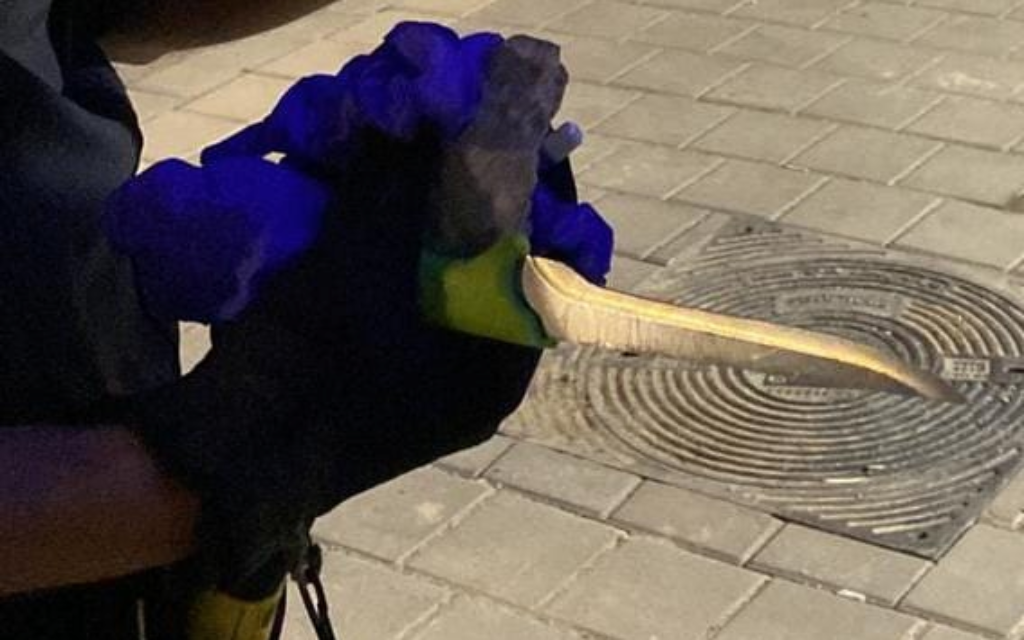 An armed 19-year-old Palestinian who allegedly sought to commit a terror attack was arrested on Friday night near the central Israeli town of Tzur Yitzhak, police said.

According to police, the suspect — apparently illegally in Israel — was found to be carrying a knife, a stone, and a letter apparently “indicating his intention to carry out an attack in Israeli territory.”

“Officers from the Taybe station conducted scans in the area of ​​Tzur Yitzhak and Route 444 upon receiving a report of a man walking around the Tzur Yitzhak junction in a suspicious manner, with a stone in his hand,” police said in a statement.

The suspect was taken for further questioning.

According to the Kan public broadcaster, additional forces were deployed to the entrance of the town, which is close to the West Bank security barrier.

The incident came amid heightened tensions, against a backdrop of terror attacks in Israel and the West Bank, many of them carried out by terrorists who illegally entered Israel, that have left 19 dead since March 22.

The Israeli army stepped up its West Bank activities in an attempt to crack down on the spiraling violence. According to the Palestinian Authority health ministry, 31 Palestinians have been killed by Israeli troops since late March. Some committed violent terror attacks, others participated in clashes with soldiers, while some appeared to have been unarmed bystanders.