Skip to content
HomeNewsMorcheeba look back: ‘A lot of the early days were a complete blur – weed was a big part of it’ 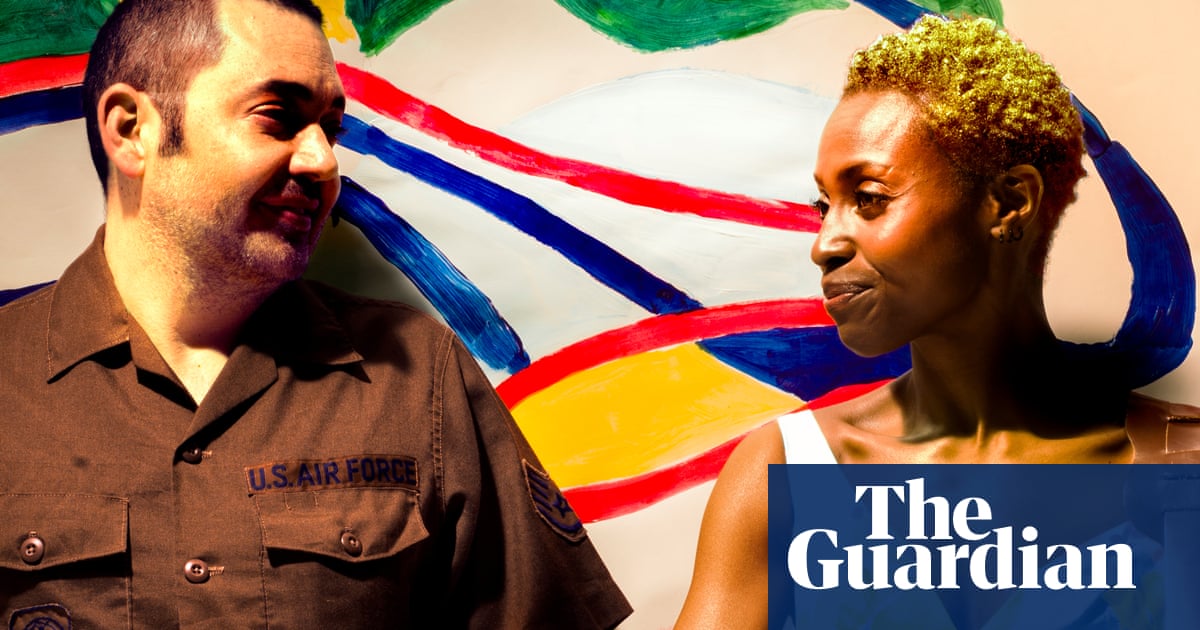 Morcheeba’s signature rich, mellow music became the soundtrack of the suburban homes and chillout rooms of the late 90s and early 00s. The trio – Kent brothers Paul and Ross Godfrey and Londoner Skye Edwards – formed in 1994 and went on to make some of the most definitive records of the era, including trip-hop infused Who Can You Trust?; Big Calm, with its breakout hit The Sea; and Fragments of Freedom. Now touring as a duo, Skye and Ross are releasing Blackest Blue: The Remixes next week.

This photograph was from our first proper shoot – we were under the Westway, near Portobello Road in London, and it was taken by Danny McLewin who did the artwork on our first two records. At the time we were doing everything I’d ever wanted as a kid – piling into a van with friends and playing gigs.

I thought Skye was really cool when I met her at a party. She had a shaved head with a bleached flower on top, and I thought, wow, she looks original. We shared a joint with my friend Justin, and got on straight away. Me and her went on to form Morcheeba, and she had two children with Justin. As fateful meetings go, it was up there.

A lot of the early days of the band were a complete blur. I was 18 when things took off, and marijuana was a big part of my life. There are whole tours that I don’t remember, but there are some moments that stick out – like playing our first Later … With Jools Holland. Paul Weller was on. Afterwards, he came over and asked whether I had any weed. I was like, yeah! So I went on his tour bus and smoked a spliff. It was amazing being let into this other world. To break into the industry and live in London – the capital of cool – was impressive.

We weren’t interested in being famous, though. I hated the thought of us being too recognisable, and in the 00s it was almost getting to that point, so it scared us a bit. We soundtracked people’s births, and holidays in Thailand. We also got called a “coffee‑table band” and I never knew if that was offensive or not. What’s wrong with coffee tables? I think the press was annoyed that we were the antithesis of the Britpop era with its big energy and characters.

Now our friendship is much deeper. When you’re young you’re self-obsessed. These days I really appreciate her

In 2003, my brother asked Skye to leave the band – a decision I didn’t really agree with. It was a chaotic time, we were all exhausted after touring so much and we just needed a break. It was more about personal transitions than a deep disagreement. Even though I wasn’t happy, it benefited us to have some time apart. Skye and I eventually met again, and we wouldn’t be where we are now if it wasn’t for that period. It’s like having a partner: you split up then meet again, get married and have kids.

Now our friendship is much deeper. When you’re young you’re self-obsessed. You don’t think about feelings and commitments. But these days I really appreciate her. We’ll have a Sunday lunch together with our families, and we just have a lot of fun – whether it’s renting a boat and going on Lake Geneva, or diving off cliffs. Recently we did a private show for this multibillionaire at a hotel in Monaco. After the gig, I stood with Skye and her husband by the swimming pool chatting. Out of nowhere, she pushed us both in. She said it was “just too tempting to resist”. I had to get a seven-hour taxi back, sopping wet.

In spite of that, Skye and I trust each other completely. We were both very introverted people. For that type of personality it takes a long time to form a bond – 25 years later, it’s stronger than ever.

The dress was from Camden market – I knew I wanted the shot to be bright and colourful. Mostly I was trying to hide my tummy; I was five months pregnant so I had to hold a guitar in front of the bump!

On the day we signed our first record contract, I wore a baggy T-shirt as I thought the label wouldn’t want to invest in a band with a pregnant singer. My main goal was to make sure Ross and Paul knew that I wouldn’t let them down, that I’d keep Morcheeba going. I was in the studio until my due date, and my son Jaega came on tour when he was eight months old. He’d hang out on the “junk bunk” where bags would normally go. It wasn’t very kiddy friendly, but for as long as I could, I wanted to be one of the boys – one who just happened to have a kid with them.

I first met Ross in 1994 at a house party in Greenwich that my best mate, Julie, invited me to. She called and said: “I’m meant to be meeting this guy Danny McLewin – make sure you get there at 11pm, cos I don’t want to be there on my own.” I said, “Sure!” I got there at 11pm, but Julie didn’t show up for another hour. The only other people there that early were Ross and his friend Justin. Ross was skinny and had long hair in a ponytail; he was quite cute, and his friend was tall and handsome. I thought, who are these cool-looking dudes? I went over and asked them for some skins, and we just started chatting. I got both of their numbers and started dating Justin.

We had a lot of fun, but we also had our moments, shall we say. In 2003, they decided to leave me

It was Justin who first told Ross that I could sing. I was like: “Why did you do that? I can’t sing!” He persuaded me to go round to Ross’s house in Dalston with my guitar, and I played some songs that I’d written. Ross said: “I can’t hear you, can you sing louder?” I said: “No! This is how I sing!”

When things started taking off for us, we toured for months on end. I’d take the herbal remedy valerian before I performed as I’d get so nervous – and I still do now. Once I came off stage in LA to find George Michael in our dressing room. He was a fan, and did a cover of Tape Loop which nobody heard, sadly. Madonna came to one of our shows in the US. She said she wanted physical tickets so she didn’t have to queue up and say: “I’m on the guest list, my name’s Madonna.”

We had a lot of fun, but we also had our moments, shall we say. In 2003, they decided to leave me. It all sounds very Spinal Tap! But for seven years Ross and I didn’t speak. Morcheeba carried on with different singers, and while my husband [bassist Steve Gordon] carried on following their career, it was too weird for me. Like seeing your ex with a new wife.

Then in 2009, by total chance, I saw Ross across the road in Shepherd’s Bush. I shouted, “All right, Ross!” and gave him a huge hug. Later on my manager called to say that Ross and Paul wanted to meet up. “I was like, why would they want to do that? They hate me? I hate them?” He said: “Actually they don’t hate you, they’d like to speak to you.” Ironically, we had our reunion in a restaurant called Julie’s in west London. We got drunk and thought, let’s give it another go. Paul eventually left as he didn’t like touring, but Ross and I have been together since.

Compared with the 90s, Ross is more mellow; happier and calmer. But the main change for me, looking at these pictures, is my breasts. They look a bit different. First-pregnancy breasts versus four-kids-later, 50-year‑old breasts. There’s nothing left of them!