Skip to content
HomeNewsShimrit Meir, top aide to Bennett, resigns after one year in position

Shimrit Meir, a top diplomatic adviser to Prime Minister Naftali Bennett resigned from her position on Friday, in a move seen as a further blow to the premier.

Meir, who has served in the position since Bennett took office in June 2021, will leave her position on June 1, according to her resignation letter.

The resignation was seen as a further sign of instability in the government, which is struggling to survive after losing its majority.

Meir was considered to be one of Bennett’s closest aides. However, she reportedly repeatedly clashed with his political advisers who felt that she was trying to extend her influence into their spheres, including advising Bennett on his political strategy, and responses to crises such as the coronavirus and the departure of MK Idit Silman from the coalition, the Ynet site reported.

She was also seen as pulling Bennett toward the political center to the ire of his right-wing Yamina party.

“She did not get along well with Tal Gan-Tzvi,” a Yamina senior adviser, referring to Meir’s relationship with the prime minister’s chief of staff, told Ynet. “Shimrit tried to handle things that Tal handles, stuff outside of the realm of diplomatic areas.”

“Frankly, I don’t think she got along with any of the MKs or ministers in the party,” the source adds, while noting that Meir had a strong relationship with her handpicked staff, including the prime minister’s foreign media adviser and diaspora affairs adviser. 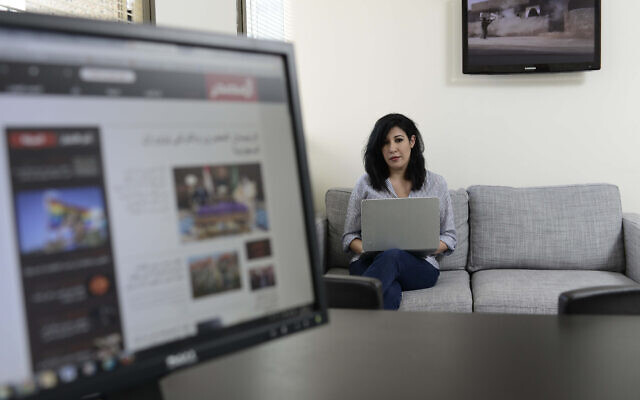 “I thank you for this opportunity to contribute to the State of Israel in such important areas and wish you good luck,” Meir wrote to Bennett. “It has been a busy year, from morning until night. The series of tasks you assigned to me required considerable sacrifices in my personal life. Towards the end of a year of close joint work, it’s time to leave,” she added.

Meir affirmed her commitment to continuing to work on tasks until she officially departs from her position, particularly on the upcoming visit of US President Joe Biden.

In response to the resignation, Bennett thanked Meir for her work and wished her luck. “Shimrit acted with professionalism and dedication and assisted in dealing with the most complex and delicate political-security issues,” the prime minister wrote. “I accepted her request to leave sadly, but with understanding,” he added.

Meir, who is fluent in Hebrew, Arabic, English and French, spent most of her career in journalism. She served as Israel Army Radio’s Arab Affairs correspondent for seven years.

After departing Army Radio, she spent a decade in various positions running outreach to the Arab world. In 2013, she founded ‘Al-Masdar’ (The Source), an online news source aimed at Israel’s Arab neighbors.

Bennett and Meir are said to have connected in 2014, during Operation Protective Edge, according to Jewish Insider.

Before joining him in the Prime Minister’s Office, she founded Link — the Center for Strategic Communication in the Middle East, in 2020, a nonprofit aimed at promoting Israel’s image in the Arab world.

According to Hebrew media reports, it was Meir that encouraged Bennett to form a government with Yesh Atid’s Yair Lapid and Ra’am’s Mansour Abbas, following the 2021 election.