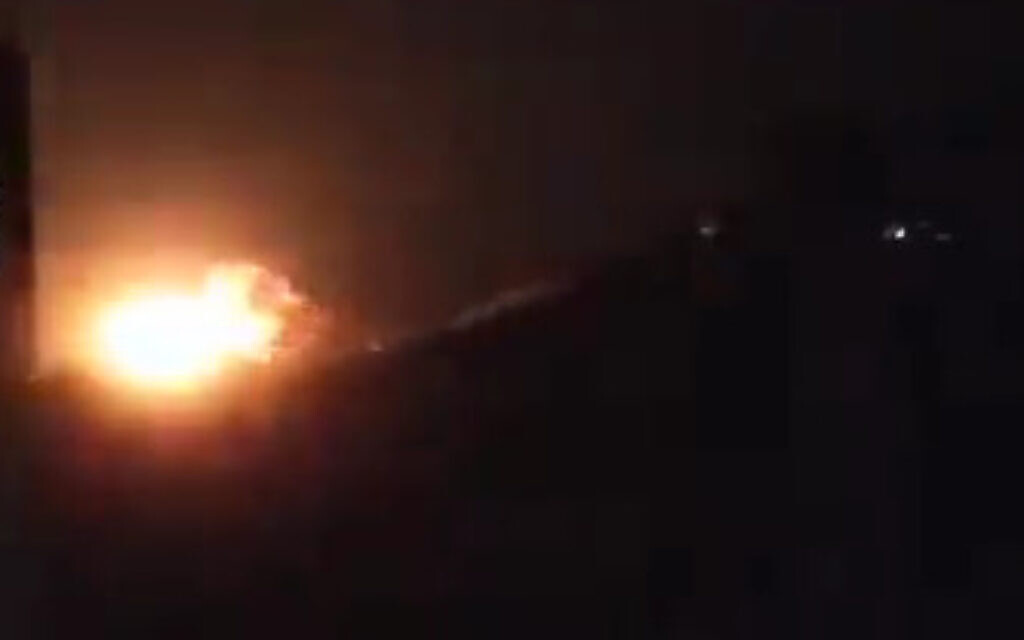 Five people were killed and seven others were hurt in an alleged Israeli airstrike on Friday night in northwestern Syria, the country’s state news agency said.

It was the second alleged Israeli strike on the country in days, after missiles were reportedly launched at a site just across the border from Israel in the pre-dawn hours of Wednesday.

The state-run SANA said a large number of missiles were launched by Israeli fighter jets over Masyaf during the Friday night strike.

SANA quoted an unidentified Syrian military official as saying most of the missiles were intercepted.

According to SANA, one of those killed is a civilian, meaning the other four were military forces. The network said seven other people, including a child, were hurt in the airstrikes.

Damage was also caused to a site in the area, SANA said, without elaborating further. Footage posted to social media apparently showed a site that was hit multiple times by the Israeli missiles, with fire rising from the area.

The Masyaf area is thought to be used as a base for Iranian forces and pro-Iranian militias and has been repeatedly targeted in recent years in attacks attributed to Israel. The area was struck allegedly by Israel as recently as last month.

The area is also home to a facility belonging to the Scientific Studies and Research Center, known as CERS, which itself has been struck several times in the past.

Western officials have long associated CERS with the manufacture of chemical arms. According to the United States, sarin gas was developed at that center, a charge denied by the Syrian authorities.

There was no immediate comment from the Israel Defense Forces, which does not normally comment on individual strikes.

Israel has carried out hundreds of sorties over Syria in the last decade, mostly to stymie attempts by Iranian forces to transfer weapons or establish a foothold.

Israeli strikes have continued in Syrian airspace, which is largely controlled by Russia, even as ties with Moscow have deteriorated in recent weeks. Israel has found itself at odds with Russia as it has increasingly supported Ukraine, while seeking to maintain freedom of movement in Syria’s skies.