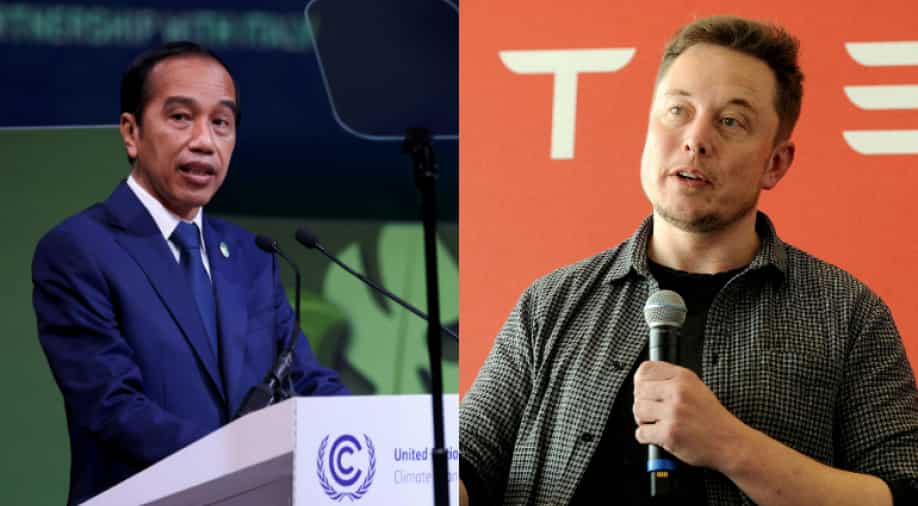 Widodo and Musk discussed potential investments and technology amid speculation that Tesla may choose Indonesia for a manufacturing base in Asia.

Indonesian officials told Reuters that Musk held a round of working-level discussions on a potential investment in Indonesia’s nickel industry and supply of batteries for electric vehicles.

Two people familiar with the talks told Bloomberg that representatives from Tesla were in Indonesia last week for meetings regarding a potential battery-related investment.

Highlighting Indonesia’s potential, Musk had said ”there could be room for partnerships in many things.”

Previously, Musk was in talks with India to set up a manufacturing base in the country but Minister of Road, Transport, and Highways Nitin Gadkari told him that Tesla needs to do entire car production in India instead of getting parts manufactured in China.

But experts believed that Musk might want to sever his ties with China, which is Tesla’s largest market, until India lifts duties.

Adar Poonawalla, the chief executive officer of the Serum Institute of India, said if Musk puts capital into making cars in India, it will be his ”best investment.”

Hey @elonmusk just in case you don’t end up buying @Twitter, do look at investing some of that capital in INDIA for high-quality large-scale manufacturing of @Tesla cars. I assure you this will be the best investment you’ll ever make.

Indonesia, which has the world’s biggest nickel reserves and is keen to develop a nickel-based EV industry at home, has been trying to secure a deal with Tesla for years on battery investment and potentially for Musk’s SpaceX aerospace company.

(With inputs from agencies)